Back in the 90s, artificial intelligence was far more primitive. After collating information from the early internet and noticing that panties were a prized sight, one such intelligence came to a rather bizarre conclusion – the quickest way to a woman’s heart is through her panties.

Wait a second, that doesn’t seem right. Rather, the quickest way to learn the ins and outs of a woman’s personality is by stealing her panties and analyzing them. That makes more sense.

Enter the hero of the story. A poorly trained AI lacking a spellcheck feature. A man with deformed legs, possible brain damage, and no understanding of basic human interactions. An occasional dick, eternal pervert, and general knob. Kenji, the not-at-all reliable narrator. In his own words, “No one has ever been disappointed in me.” Meanwhile, he’s trying to steal everyone’s undergarments.

He’s a grade A freak.

As he revels in his own modesty, Kenji goes on an adventure. An adventure where he weasels his way into various girls’ homes to “help them,” steals their panties, rushes to complete whatever task he’s actually there to do, and then has the cajones to claim that he needs to see panties to learn about their personalities. Enter the antagonists, stage right. Also known as the girls he’s trying to take advantage of. He claims he’s been burned by past relationships because he didn’t know enough about them ahead of time. Supposedly, his goal is to gain insight into their minds. We know that’s not what he uses them for. 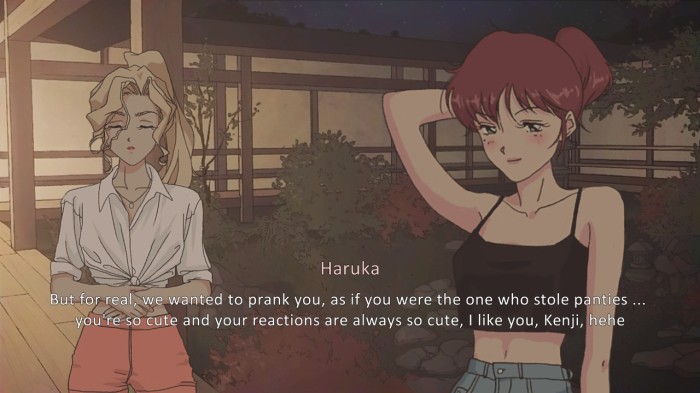 First is Haruka. A fairly normal girl, for some inexplicable reason she shows interest in Kenji. Wrap your head around that. She has a nice ponytail, but her right humerus is bent. It’s a wee bit disconcerting. Kenji visits her to fix her VCR. He could have just said, “Did you turn it off and on again?” over the phone, but how would he get a glimpse of her panties without actually inserting himself into her home? Then, either he sits on a chair and has an aneurysm, they watch anime together, or he jumps out the window. Among other possibilities.

Next are Anko and Yukari, sisters. Anko is stupid, so Kenji needs to help her study. She also has mood swings. She is also obsessed with “football” (soccer). As Kenji points out, that’s about the extent of her personality. Her older sister, Yukari, is more reserved and even a bit secretive. She is also naive, not recognizing Kenji’s clear perversion, even going so far as to defend him when he’s caught red-handed. Lucky him. Before that, they eat curry that may or may not have a key in it. 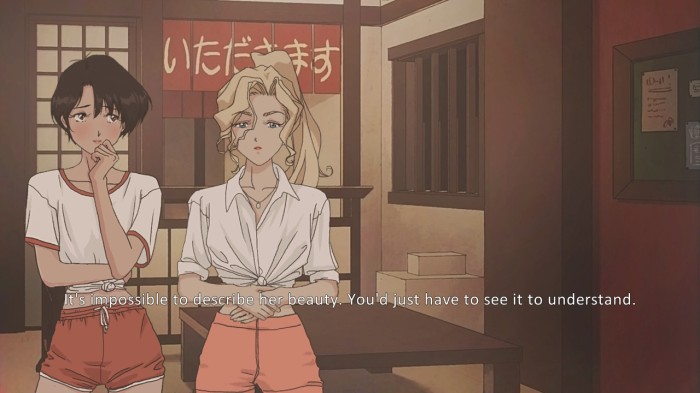 Last is Anna, a spoiled wench of a woman. She may have a ponytail, but her attitude negates it almost immediately. With it being new technology in the 90s, she doesn’t know what the problem with her internet connection is. As it turns out, she has a virus! No, not like HIV. A computer virus. In comes Kenji to save the day, but not before snooping around and grabbing all the panties he can find. Anna ends up content with her internet restored, but Kenji ends up with homemade panties, making him happier than a pig in shit. Or as happy as a deranged sex pervert that goes around stealing panties from unsuspecting women.

Each time he explores their rooms, avoids booby-traps, and fails (and sometimes dies) countless times. But once he finally succeeds, it does feel oddly rewarding. It’s strange, but it makes up for the girls being thoroughly uninteresting, Kenji seeing the world in bland sepia tones, whiplash from the disconnected nonsense that spills out of his mouth, and Kenji’s general freak nature. But then, the train makes a town at Crazy Town, Japan.

Somehow, after getting away with stealing over a dozen pairs of panties, Kenji somehow convinces the girls to go to a hot spring with him. He must have blackmailed them. Regardless, once everyone is inside, everything immediately hits the fan. He walks in on Yukari changing, Anko is understandably angry, and rather than just ducking out, he offers to hold up a mirror for them while they change (while also lamenting that he didn’t actually see anything). Haruka and Anko discuss whether it’s better to wear panties or go commando. The girls have a competition where they hold their breaths under water as long as possible, with the victor winning the right to kiss Kenji. A worm is put in Anna’s dinner, but rather than bailing out on the people that did that to her, she decides to stick around with them. Everyone plays cards using a deck that includes T and V cards. You know. V cards. Haruka and Anko steal panties, pin the blame on Kenji, and Yukari acts as a detective to find the culprit. 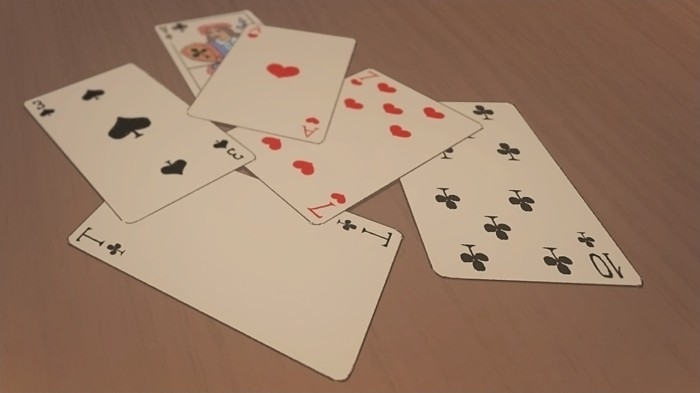 And then once that’s out of the way, Kenji finally puts a bow on everything by ending up with one of the girls.

While he’s presented with choices to head down different paths with the girls, they basically don’t matter. No matter what, he ends up staring at the stars all alone, then riding off into the sunset on a motorcycle. All alone. There’s absolutely no payoff with any of the girls. While his supposed goal was to learn about their personalities through their panties, he didn’t end up in a relationship with any of them anyways. So that just makes him some freak that stole a bunch of panties.

So what’s the moral of the story?

Don’t be a freak. 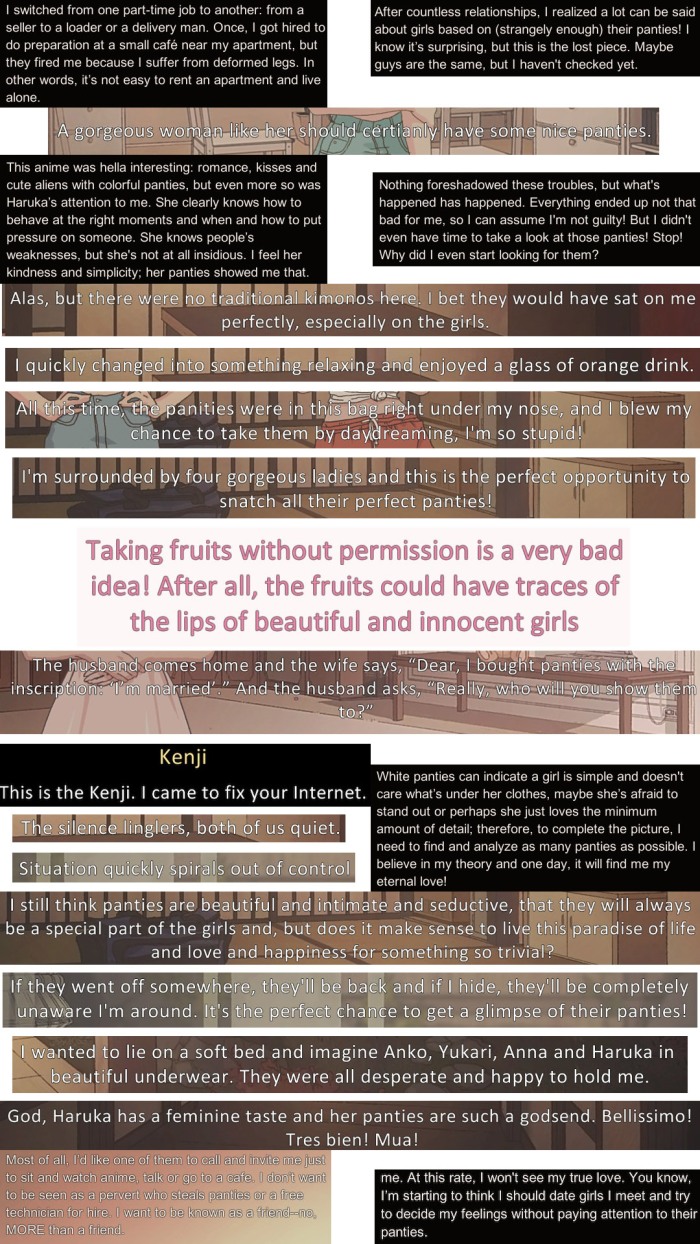