It’s been a few months, but I’ve finally revived this. For the most part, I’m going to aim for proper music reviews instead of these posts, but who knows what will actually happen. And I’ll probably limit reviews to newly released stuff, so I don’t have much material from the year yet.

Mastodon – Once More ‘Round the Sun 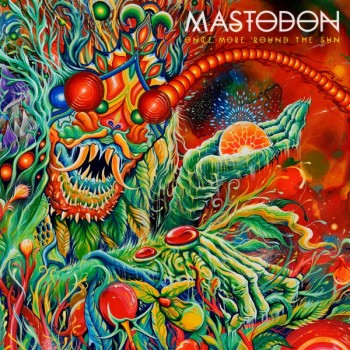 Mastodon are well-known for their brand of progressive sludge metal, punchy riffage, and three of four members contributing lead vocals with their own unique voices. Once More ‘Round the Sun is a slight improvement from the generally tame and unexciting The Hunter, but certainly doesn’t live up to the highs of Crack the Skye and Leviathan. Regardless, this is a solid effort that maintains what make Mastodon a great band, all while slowly morphing towards something different. They should definitely do another concept album though.

Recommendation: The Motherload, Chimes at Midnight

Yui – Holidays in the Sun 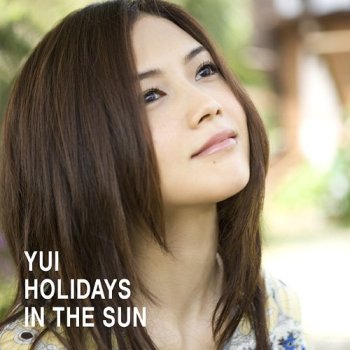 The first time I heard a song from Yui was again, the first opening theme for Fullmetal Alchemist Brotherhood. And to put it simply, that song raised my expectations for the show substantially. While Yui is a “pop” artist, her music is very organic, with prominent vocals and guitar and a solid base in rock. Yui’s pop rock is simultaneously accessible and non-generic, standing out against other popular acts that commonly rely on electronics and compositions from third parties. While a bit top-heavy, this is a great album, and well worth listening to.

coldrain – UNTIL THE END

After reading Alex at Tsukiyo no Hikari’s review, I decided to check out this mini album that sounded right up my alley. And as it turned out, it delivered the goods. coldrain is a Japanese band with vocals in English (not Engrish, thankfully), and the highlight is easily the singer. Besides having a good range and being able to hit high notes effortlessly, he can also deliver some beefy growls/screams and generally sounds excellent. I’ll be delving into more of their back catalogue soon, and my expectations are pretty high.

Jethro Tull – Thick as a Brick 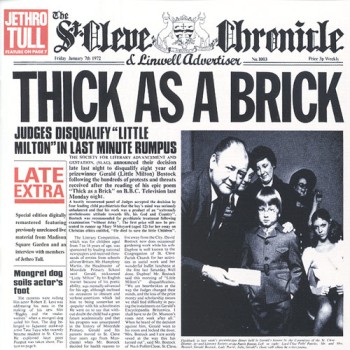 The first time I heard about Jethro Tull was when my friend mentioned the controversy over them getting the hard rock/metal Grammy back in 1988, taking it over expected winners Metallica. Despite negative expectations, this album managed to catch my attention quickly, and the distinct style is a big factor. The most noticeable part of the band is singer/flutist Ian Anderson, whose voice and playing lead the band melodically and provide constant hooks amid a rather progressive composition. Thick as a Brick is one of the band’s most consistent and popular pieces, and will likely be regarded as a prog classic for years to come.

Recommendation: It’s sort of just one really long song, so just listen to it

A few years ago, I asked someone for a recommendation that combines traditional rock instrumentation with chiptune or similar electronics. Just this year, I found out on my own that this album was the answer to that request. Before Mekaku City Actors aired last season, I decided to jump into the Kagerou Project to find out exactly what it was about, and fortunately, the music did not disappoint. While the songs were originally released incrementally, Mekaku City Days includes half of them. Following the story requires reading the manga and/or novels, but the music, upbeat J-pop/rock with an electronic tinge, is a treat to listen to. The songs feature vocals from the vocaloids Hatsune Miku and IA, but I would recommend checking this out even if vocaloids aren’t quite your cup of tea.

After the very popular and successful Moving Pictures, few would have expected the band to delve more into synthrock and begin to veer away from their established prog roots. However, while the result isn’t as stellar as its predecessor, it is certainly a fantastic album. The greatest change besides more “standard” song structures, is Geddy Lee switching between synth and bass guitar, as the synth plays a very large role here and the next few albums. And less bass lines from Geddy Lee is always sad.